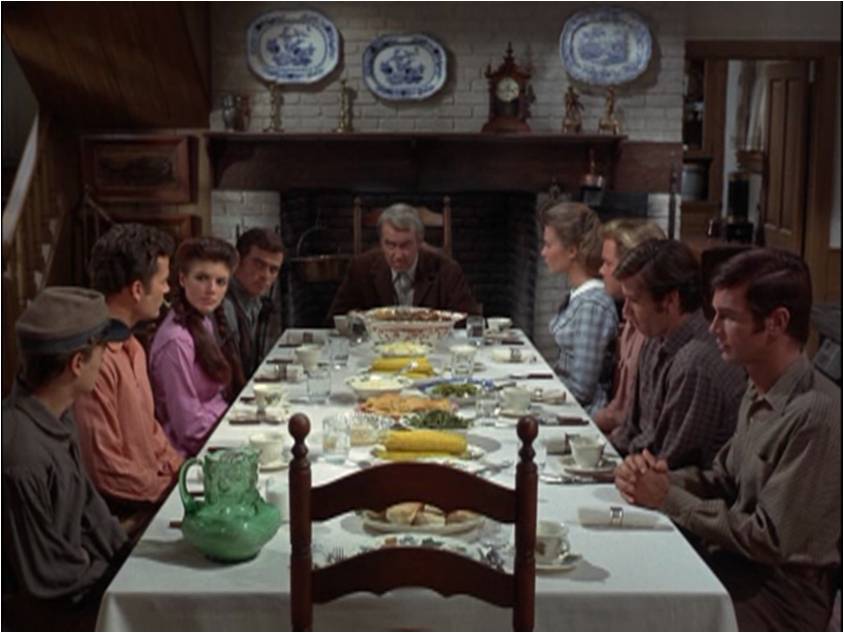 Thanksgiving is the real Earth Day.

My friends know that I’m ambivalent about April 22. A handful of activists declared it Earth Day in 1970, and now it is one of the few “holidays” of wholly secular origin. It’s a confusing day for many people, because pondering the Earth and its benefits elicits feelings of gratitude. Unrooted in religious tradition, Earth Day doesn’t provide any clues about where that gratitude should be directed.

For Christians, in America at least, Thanksgiving Day is the real Earth Day. We thank God regularly for his many spiritual blessings, but we have set aside one day a year for a redemptive materialism. We thank the Creator for his creation, and we feast on its fruits. But there’s more…

We tend to be grateful for the proximate benefits of creation—the good products we find or grow or dig up, and which we transform into even better things. I spent last week in Belize teaching Christian college students about agriculture, development, and environment. Our model was to trace inputs through to outputs in a number of economic processes. Land, labor, capital. Combined they become papayas and sugar, or meals and tourist-days. Exchanges are made. Money, a social fiction, gets traded for real wealth, as long as the belief in money’s power is perpetuated. On the blackboard, storages and flows become boxes and arrows, and we think we understand the economy because we’ve traced its workings in chalk.

But we went deeper, and discovered more reasons to be thankful. The students and I talked a lot about “ecosystem services,” the free gifts of nature, drawn into the economy without payment. There is a kind of “capital” that undergirds these ecosystem services: forests and rivers and estuaries and reefs are metaphorical factories that transform sunlight into goods and services we can consume. “Natural capital” produces the pollinators that work to make our squash and pumpkins, the bird flocks that pick off insect pests, the soil that feeds and supports our crops. We talked about how to manage those forms of natural capital with prudence, and with a concern for justice.

We talked about the other forms of “capital”—accumulated blessings that allow for higher productivity. A tractor and a sugar mill are certainly capital, but there is also cultural capital that embodies the recipes and technologies and values that allow us to usefully reshape creation’s resources. The corn and beans and sugar and papayas themselves are expressions of genetic information that embodied natural selection and the long efforts of whole civilizations to improve and safeguard that information.

Social capital is the community-mindedness that lets us work together, learn from each other, trust each other, and sustain each other in ups and downs. Human capital is the accumulation of education and skills and life-experiences that let us eke more of a living from the planet than we ever thought possible. Natural, cultural, social, and human capital are more hidden from view than the capital of tractors, factories, and computers. But we ought to be no less thankful for them.

Understanding the proximate economy, knowing the formulas by which food and fiber are produced from land and labour, does not necessarily lead to gratitude. In the film, Shenandoah, Jimmy Stewart’s character Charlie Anderson famously “gave thanks” for the Thanksgiving dinner that he attributed to his own labor:

Lord, we cleared this land,
We plowed it,
Sowed it,
And harvested it.
We cooked the harvest;
It wouldn’t be here, we wouldn’t be eatin’ it,
If we hadn’t done it all ourselves.
We worked dog-boned hard for every crumb and morsel,
But we thank you just the same anyway, Lord,
For this food we’re about to eat.
Amen.

It’s not just that Charlie Anderson forgot the ultimate Author of creation. He didn’t even really know how it worked.

His mistake was to attribute productivity to the one thing he controlled: labor. In fact our labor is only good when it has something to mix with: raw materials from productive forests, fields, and waterways; genetic information in carefully bred crops; the shared skills and good will of our neighbors; our own learned ability to sow and reap and cook. We didn’t invent the systems that make us able to bring forth the bounty of the earth, we inherited them, so gratitude is due to the God who creates and sustains them, and to our forebears who tended and kept that inheritance for us.

Gratitude is an elusive virtue. We’re making a fundamental mistake if we are only thankful for the products of nature or the products of our labors. We ought rather to be thankful for the very ability to work, for our inherited knowledge of farming (and cooking), the sociality that enables trade, the generations-long efforts at breeding that give us corn and beans and turkeys. Nature and our ability to transform it–our culture–are divine gifts worthy of our thanksgiving on this, the real Earth Day.

Excellent post, Rusty, thanks for sharing this. It might be something to crosspost on SustainLane as well? I think many of us share a similar preference for Thanksgiving over Earth Day, or at least some heightened sense of the former in the latter as you alluded to … Ben