The Edge of Enough: Digging Life Out of the Compost Bin

Be content with what you have;
Rejoice in the way things are.
When you realize there is nothing lacking,
the whole world belongs to you.

- From the Tao Te Ching

This morning the bleating of the neighbors’ goats drifted in through the henhouse screens. I walked out into the meadow, and a memory I had lost decades ago returned on the wind: the smell of burning apple limbs. As a teenager I worked in a small orchard in Iowa—trimming the trees, picking up the limbs, and burning them. But the best part was the apple sorting in the old musty shed with the ancient pine floor—filling the bushel baskets with windfall johnnies and macs and paulas and winesaps. Apples and old wood smell like home to me.

My nostalgia was broken by a rusty mud-splattered tractor that came putt-putting down Flynn Road as if out of an old movie set. And when I looked to see who was driving, I could have sworn it was my father as a young man—the drab overalls, the straw hat, and the square shoulders thrown back—straight out of a black-and-white photo I have. We exchanged a wave, Midwestern protocol in the country.

When the tractor went over a hill and out of sight, my daydreams turned to my dad. His family raised corn and soybeans and sheep in rural Nebraska during the Depression. In those years a dust storm could block the sun and throw a summer day into darkness. Buzzing clouds of grasshoppers could destroy a section of corn in a few days. The jackrabbits were so thick that on Sunday afternoons a group of men would encircle them, herd them into a frenzied pack, and kill them with clubs.

And though it was only one generation ago, enough was quite a different thing in the 1930s. My parents were born into a life without electricity and indoor plumbing. Dad never had access to these amazing technologies until he went into the navy.

Enough was different in the ‘40s and ‘50s, too. My parents started a family in a place that seemed like a foreign country to them—The University of Chicago—the same campus my wife Carol and I moved to 40 years later. When my oldest brother, Robin, was born in 1949, my parents had no television or air conditioning. A “regular” drink at a soda fountain was eight ounces, and the average size of an American home was 1,000 square feet. Today the average American home is 2,200 square feet, and nearly half of those homes contain three or more color televisions. Obesity is now epidemic among America’s youth, prompted in part by all those televisions, and by a “fast food” life: a super-sized, car-based, hurry-up, ultra-convenient, throw-away culture.

The small, family-owned drug and grocery stores from my childhood are as rare now as family farms. Gargantuan discount stores reveal that the world is not getting smaller, but more homogenous: a “single” theatre is now a 35-screen Cineplex, a single gas station is an acre of cement with 40 pumps, a single farm is not five hundred acres, but five thousand. More is always possible. Perhaps this is why numerous studies have shown that Americans, in spite of unprecedented wealth, are no more “happy” today than they were in my parents’ generation. We have an increasingly difficult time even imagining mitakuye oyas’in—that we are part of one interdependent web of life.

Today on the drive from Michigan back home to Chicago—through the 60 or 70 miles of country, small town, suburb, and city—I realized that most people will probably not take the idea of “enough” seriously until it threatens our survival. Only when our friends get melanoma from holes in the ozone, and our children have asthma or another air-related disease, and there is an epidemic of cholera in our town because there is no potable water will we listen to the three-legged frogs and the mercury-loaded salmon. But, then, it will probably be too late.

Down the wormhole
Here, at home, in the morning before I leave for work, my son Bennett and I often dump the coffee grounds and eggshells and orange rinds in our worm bin in the basement. Bennett likes the worms, maybe even admires them. Wriggling in dirt and slimy mashed bits of food probably seems like common sense to a two-year-old.

Maybe it is. Maybe animal instinct makes more sense than human reason. Does any creature live in a more symbiotic relationship with the earth than the red wiggler worm? These squirming nitrogen factories compensate for human excess by eating our garbage and turning it into black gold—not oil, but soil—compost. Thus, a worm bin seemed like a good way to learn something about what and how much we waste. At least that was the plan.

I initially balked at the idea of keeping our most disgusting chunks of raw garbage and great gobs of worms in a 30-gallon plastic bin in our basement. I was shamed into it though when a “green” friend teased me about having a garbage disposal. I didn’t have a good answer to his questions about waste, or about the depth of the human “footprint” on the earth. He suggested a worm bin. Carol thought it was a good idea, though she didn’t seem too excited about “feeding” them.

My daughters Tessa and Abby weren’t hard to convince. They had studied worms at school and shared a lot of fun facts: Just one acre of land could hold a million worms; worms have a mouth, a head and a tail, and six hearts (!) but no eyes or nose; they can sense light, and don’t like it; a worm is both male and female; if their skin dries out, they’ll die; the sticky slime on their bodies is full of stuff (nitrogen) that helps things grow better, as is their excrement.

Tessa and Abby did, however, take issue with my calling them “pets.” A pet is warm and furry and will sleep in your bed or scurry down your shirtsleeve. Worms are cold-blooded and slimy. I responded to their skepticism with a statistic; Worms have about 75 percent of the human genome in their makeup. We are actually pretty closely related. This didn’t convince them.

When I place a worm in someone’s hand, they give two responses: “yuk!” and/or “slimy!” The word’s Latin root, vermis (i.e., vermin) suggests a noxious, quickly reproducing, disease-carrying creature. In junior high we called a kid a “worm” if he was geeky—at best quiet and insecure, at worst a social outcast. A worm is someone you can never trust—or something that could destroy a computer network. And the word is just as repugnant when used as a verb. If you “worm” your way out of a difficult situation, the implication is that you are hiding something, that you escaped by deceit.

I’m not sure why, but we decided to take the worm plunge in the dead of winter. On a bitter January afternoon, we all spent an hour outside digging through a steaming heap of rotting vegetables in a huge metal container—my college’s worm bin. With the help of our biologist friends, Shamili and Glenn (long-time worm farmers) and their two children, we pulled red wiggler worms one by one from gooey chunks of broccoli and rubbery hunks of carrot. Shamili said we needed to pull at least 500 to start our plastic 30-gallon bin at home. But worms are hard to count, and after half an hour I didn’t care. Did it really matter if it was 300 or 500? I was ready to leave. Yet though my hands were numb and my stomach was churning, I couldn’t help but notice the worms’ handiwork: The catacomb of tunnels they ate through the rotten vegetables seemed like a kind of performance art.

We took the worms home, made them a bed of damp paper fiber, fed them our waste, and they began to turn it into something good. And to reproduce! During the next week a steady stream of neighborhood kids filed into our basement to see the amazing worms. But unlike with our guinea pig and gerbil and kitten, most of the kids were satisfied with a peek and never asked to see them again. One little girl wouldn’t ever go in the basement again, afraid the worms might try to “pull her into their bin.”

I soon became the family worm czar, the one who fed and fretted about them. The kids learned a lesson about waste, but then they got distracted by our “real pets” and by soccer practice and homework and their friends. It is clear: I have failed in my goal of promoting worms as the perfect low-maintenance and environmentally conscious family pet. But I still love them. What other creature will eat half their weight in your trash every single day and turn it into high-grade fertilizer?

Death and resurrection
This spring, on a very warm May afternoon—73 degrees—I set the worm bin outside in the sun. It was time to harvest the compost and give the worms a fresh bed. The sun would drive the worms down deeper so I could skim off the upper layers, before removing the worms and the compost on the bottom.

The next morning I woke up shivering because our windows were still open, and I immediately knew I had forgotten. I looked at the thermometer: 40 degrees. I rushed to the patio, opened the bin and plunged my hands into the cold rotten fruit rinds and the juicy mush of a thousand dead worms.

That afternoon, still feeling sad and foolish, I dumped the bin into a flower bed and worked the worm remains in around a sickly rose bush. At first I felt the same creeping nausea in my stomach as when we had collected the worms over a year ago. But that waned when I began to consider the irony of this mass burial. How odd it was that the worms had converted me from worm skeptic to worm advocate. Yet they could not protect themselves from my scattered mind and hurried life. And now, even in the death I had caused they were making life, still returning more than they were given, still a part of me and everything else.

The next month, from their fertile decay, the rose bush shot skyward. The thorny branches with their crimson red blooms climbed the shutters and over the bay window in a week in their wild reach for the sun.

Tom Montgomery-Fate is the author of five books, including Beyond the White Noise, Steady and Trembling, and Cabin Fever, a nature memoir that is forthcoming form Beacon Press. His essays have appeared in The Chicago Tribune, The Boston Globe, Orion, Iowa Review, Sojourners, Christian Century, and many others; and they regularly air on NPR and Chicago Public Radio.  He is a professor of English at College of DuPage in Glen Ellyn, Illinois, where he also lives with his family. This excerpt from Steady and Trembling (Chalice Press, 2006) is used with the permission of the author. SPECIAL FOR FLOURISH READERS: Steady and Trembling may be purchased at the reduced rate of $10.00 by contacting editor@flourishonline.org. 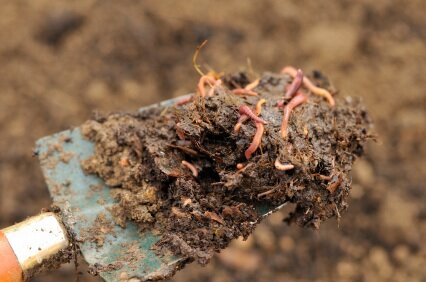