A danger and a hope: part one

At first blush, Derrick Jensen’s recent Orion Magazine article, “Forget Shorter Showers,” appears innocuous. But this article requires a careful read, for the spirit guiding it is a hopeless one; even dangerous.

At its simplest, the article’s premise is that individual acts of conservation and restoration are futile in the face of intractable environmental problems, because these problems stem from corporate, social enterprises supported by existing governmental, industrial, and social systems. Personal action is an “insufficient response” to the problems these systems condone and encourage, but “we’ve been victims of a campaign of systematic misdirection” that has convinced us that individual responses are “enough.” This myth has rendered us complacent and apathetic, content to believe that our middling efforts will save the world.

As can already be seen in the comments on this blog, this view meets mostly with agreement from those already acquainted and concerned with the threats to creation’s flourishing. Many concur that something beyond individual action, be it policy or steps taken by local coalitions and communities, is required to effect any change in a world as complicated and unwieldy as our own.

If Jensen were truly advocating for governmental action or for motivated communities to enact change beyond what you or I could individually do, I would give that premise credit where it is due. But a close reading of this article reveals that, in Jensen’s eyes, even political activism and policy change, if these fail to pull down the systems that support ecological destruction, fall short as tools for preventing what Jensen calls our worst option: “a dead planet.” Writes Jensen:

“Citizens have a much wider range of available resistance tactics, including voting, not voting, running for office, pamphleting, boycotting, organizing, lobbying, protesting, and, when a government becomes destructive of life, liberty, and the pursuit of happiness, we have the right to alter or abolish it.”

Fundamental Misunderstandings
The core of Jensen’s article is summed up in one sentence: “Personal change doesn’t equal social change.” He claims that we ignorantly trust our personal changes to produce social change because we are in a double bind:

This perspective reveals a weak understanding of the human heart. Of course no one would commend personal acts of restraint and renewal if the ultimate goal of them was to “feel pure.” Personal change for personal ends won’t change anything at all. But without rootedness in a purpose, a hope, and a goodness that transcends us and our world, feeling pure, gaining wealth, and maintaining empathy is all we can ask for of our compulsion to help.

Christ never called us to refrain from hatred, to feed the sick, or to spread his message of redeeming love in order to “feel pure.” He called us to both grand and small acts of love to hone us into the creatures we were created to be, to reveal a greater kingdom, to change the world.

Yet at the same time that Jensen’s words betray an underestimation of the human heart and its potential, they also reveal a contradictory wholesale faith in humanity’s goodness. In the quote above, Jensen equates “our empathy” with “our animal humanity.” Our animal humanity is our basest instinct, which Jensen assumes to be altruistic (though in the same breath he denigrates our human-built systems of civilization). But nature does not act altruistically, and at our most natural (even with God’s breath within us, one need not remind Abel), neither do we. The Judeo-Christian tradition teaches us this, and observation of the world and our own hearts confirms it.

This trust in humanity’s capacity to save itself and its world is a pervasive tone in Jensen’s piece, though it repeatedly contradicts his argument that what we have created with technology, industry, and government is inherently evil. This logical fallacy leads to a dangerous conclusion, but first threads through Jensen’s four problems “with perceiving simple living as a political act”:

Problem number one: “Simple living as a political act consists solely of harm reduction, ignoring the fact that humans can help the Earth as well as harm it.”
This is simply ignorant of what personal action, or simple living, truly is. A simple life does not mean a barren life. Rather, what is lost is considered chaff, and what replaces it is rich and good. We may choose to forgo foods that are filled with chemical additives, but we will replace them with food from our own gardens; food that serves us body and soul as we cultivate it and learn from its growth. We may choose to use our cars less often, but that abstinence is rewarded by the fresh air in our lungs as we bike, or by the roadside flowers we would not have noticed before.

Problem number two: Jensen quotes Kirkpatrick Sale: “ ‘The whole individualist what-you-can-do-to-save-the-earth guilt trip is a myth. We, as individuals, are not creating the crises, and we can’t solve them.’”
Far be it from us to absolve ourselves from sin. As human beings desirous of decadence, safety, and worth—and often unwilling to find these in our Maker—we do indeed demand and benefit from the goods and services of Jensen’s maligned industrial economy. That economy’s destruction—if that is the answer—will indeed require a cultural sea-change of values and practices. But that won’t happen by the goodness of human beings, especially if we are so arrogant as to claim that we are innocent of any wrong.

Problem number three: “ . . . [Simple living] accepts capitalism’s redefinition of us from citizens to consumers. By accepting this redefinition, we reduce our potential forms of resistance to consuming and not consuming.”
Again, Jensen assumes that personal action can be reduced to a policy of “do no harm,” neglecting entirely any proactive effort to do good. But he also fails to demonstrate an understanding of human beings as works-in-progress. As Christians who pursue discipleship, who sin and repent over and over again, and who rediscover truths we thought we already knew, we understand the slow, often painful and frustrating trajectory from personal discipleship to kingdom participation. I do not read my Bible simply in order to feel at peace or pleased about my day. I read my Bible so that my small, personal disciplines may inform how I interact with others, and how I participate in God’s plan for his world. A similar trajectory may be the culmination of personal disciplines like taking shorter showers in a more effective act like restoring a watershed with other conservationists. But to say that small steps are meaningless is to dissuade people not only from those small, individual disciplines, but also from the greater fruits they may bear.

Problem number four: “ . . . [T]he endpoint of simple living as a political act is suicide.”
In another dangerously reductionist argument, Jensen asserts that we have no purpose if we cannot “question (much less destroy) the intellectual, moral, economic, and physical infrastructures that cause every act within an industrial economy to be destructive.” If we believe most strongly in doing no harm, and if our every personal action within the industrial economy does harm, then our conclusion is that we should do nothing; that we should be dead.

But we don’t believe most strongly in doing no harm. We believe in love. First Corinthians 13 tell that unless love is our motivation, any action we take in life–small or large–will be worthless. A motivation of love frees us to action, and sustains us as we pursue efforts for good. Relying on any other motivation does paralyze us on the one hand, as Jensen suggests, and, on the other, exhausts us. Only love conquers all.

In ignoring that individuals can be proactive in love instead of inactive in a severe abstinence, Jensen’s conclusion this time is not only illogical, but also disingenuous. If every act in the industrial economy is destructive, but Jensen himself is still a participant in that economy, having failed to bring it down just yet, the very ink and paper he commits his thoughts to is at best in vain, and at worst murderous.
*This post is first in a series of responses from the Christian creation care community to an article in Orion Magazine. Check back tomorrow to read about the danger of Derrick Jensen’s ultimate argument against personal responsibility.

Next post: A danger and a hope: part two 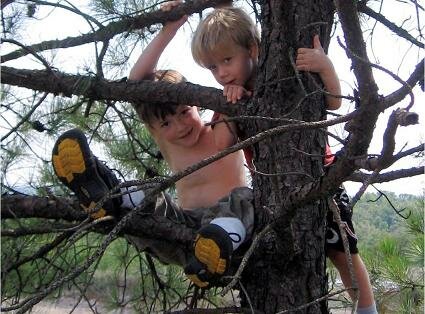