The choice of words is important.

Tough words–and the sneers that usually accompany them–are used regularly by both sides of the environmental debate, particularly on climate change.  Sorting this out has been among our most important considerations as we strive to equip greater numbers of Christians to increase their awareness of and action on environmental stewardship.

Opponents, often conservative and Christian, describe enviros with words such as “environmental wacko,” “tree hugger,” or “climate alarmist.”  One Christian leader said that his brethren who had begun to show concern for the environment had been “blinded by the green light.”  Another leader said a prominent Christian environmental activist was an “opponent of capitalism.”

Environmental activists take plenty of their own shots at conservatives and Christians who question any of the environmental movement’s orthodoxy, using terms such as “ignorant fundamentalists” or “backwoods Bible thumpers,” and “climate deniers.”  Anyone who has mounted opposition has been labeled as “on the payroll of oil companies.”

The two most recognized language shifts in this area are the adoption by Christians (and I guess anyone who recognizes the hand of a Creator) of the term “creation care” to substitute for “environmental action,” and the increasing use of the term “climate change” instead of “global warming,” both to take counter the toxic political battles associated with global warming and as a more accurate description of the gyrations of temperature as the climate is impacted by greenhouse gasses.

One reason why it is risky to be called an environmentalist is that there are so many different definitions of this.  Some put contemporary environmentalists in three groups: Light, Dark, and Bright Greens.

Dark Greens believe that environmental problems are an inherent part of industrialized civilization evident in both socialist and capitalist  societies, and seek radical  political change. Dark greens tend to believe that dominant political ideologies are corrupt and inevitably lead to consumerism, alienation from nature and resource depletion.

Bright Greens believe that radical changes are needed in the economic and political operation of society in order to make it sustainable, but that better designs, new technologies and more widely distributed social innovations are the means to make those changes– and that we can neither shop nor protest our way to sustainability.  http://www.worldchanging.com/archives/007073.html

Two years ago Rusty Pritchard and I introduced to the lexicon—at least with our own meaning—the term “deep green,” to communicate a concern for and action to protect and enrich all creation that is infused with theological truth and an understanding that the purpose of all that is created is to give praise to God.  This, in turn, fosters an appreciation for beauty and a desire to help people and landscapes to flourish.

Where does all of this leave us when it comes to describing who we are as we passionately seek to be good stewards of God’s creation?

It would be helpful to have a new word or phrase to describe ourselves as Christians in this particular vineyard. But while new, the language cannot be so obscure that no one understands what we mean without further explanation.  While we seek to avoid unhelpful associations and connotations, accuracy and clarity are also important.  What do we call ourselves when there isn’t time for a long, rich, clarifying conversation?

Some of the traditional words such as preservationist or conservationist are attractive, although they are incomplete and are loaded with historic baggage of their own.

I really like connoisseur of God’s creation, but it’s too high-brow.

We could pull out the archaic.  Wouldn’t you consider yourself an aesthete?  That’s a person who has or professes to have refined sensitivity toward the beauties of art or nature.  But it is certainly obscure and actually suggests someone who has these sensitivities but not practical sense.

Terms such as creation caretaker, creationist, or creation keeper are nicely biblical and accurate, but your neighbor would look at you like you’re crazy.  Gardener suggests a profession or avocation.  Guardian is a bit presumptuous.  Environmental steward is close.  Proponent for environmental care is nice, but long. Deep green Christian is kind of fun.

I like to think of the challenge in this way.  When I’m asked about my profession–what do you do?—what do I say?  For me:  I work to help us as Christians to become more environmentally responsible. I am an advocate for Christian environmental stewardship.

What do you think?  What do you call yourself when you are trying to describe your concern and work for God’s creation?  We’d all welcome your suggestions.

Jim – I really appreciate this post and the challenging road you and Rusty are walking in “terms” of environmentalism. At Flourish, I resonated much more with Peter’s paradigm, but since then I have come to appreciate how Rusty’s perspective is rooted in the challenging opposition the movement faces in many geographic and theological circles. Both are important. As far as descriptors go, I lean toward simply describing myself as a steward or a custodian of creation and I describe the movement in the common “creation care” language. I think your self-descriptor as an “advocate for Christian environmental stewardship” is spot on.

Thanks, Mike. The key challenge is to use language that will compel large numbers in the Christian church to study and engage in creation care, finding fervor not fear in embracing what is clearly a biblical imperative. For too long we’ve resisted the natural celebration of and care for God’s creation because others have taken the value too far. We can change all of this, and the words we use are important. 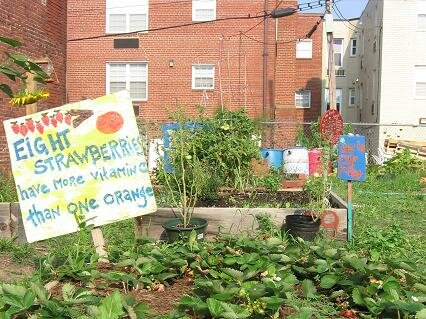